One healthy large indoor or outdoor plant can produce 1lb of cannabis in a 90 day growth cycle. If possible grow your own to avoid cannabis contaminated with pesticides. One LB of Cannabis should make enough oil (90-100g) for 90 days ...

"Note some solvents are cleaner than others"
AKA 100% Food Grade Ethanol, or Food grade Alcohol.
https://organicalcohol.com/
How to make cannabis milk
Make it into ice-cream to help with taste


Here is some very good books on how to test for CBD's and the making of pure oil.
Marijuana Chemistry

The US House of Representatives quietly passed a last-minute addition to the Agricultural Appropriations Bill for 2013 last week - including a provision protecting genetically modified seeds from litigation in the face of health risks.

The rider, which is officially known as the Farmer Assurance Provision, has been derided by opponents of biotech lobbying as the “Monsanto Protection Act,” as it would strip federal courts of the authority to immediately halt the planting and sale of genetically modified (GMO) seed crop regardless of any consumer health concerns.

The provision, also decried as a “biotech rider,” should have gone through the Agricultural or Judiciary Committees for review. Instead, no hearings were held, and the piece was evidently unknown to most Democrats (who hold the majority in the Senate) prior to its approval as part of HR 993, the short-term funding bill that was approved to avoid a federal government shutdown.

Senator John Tester (D-MT) proved to be the lone dissenter to the so-called Monsanto Protection Act, though his proposed amendment to strip the rider from the bill was never put to a vote.

As the US legal system functions today, and largely as a result of prior lawsuits, the USDA is required to complete environmental impact statements (EIS) prior to both the planting and sale of GMO crops. The extent and effectiveness to which the USDA exercises this rule is in itself a source of serious dispute.

The reviews have been the focus of heated debate between food safety advocacy groups and the biotech industry in the past. In December of 2009, for example, Food Democracy Now collected signatures during the EIS commenting period in a bid to prevent the approval of Monsanto’s GMO alfalfa, which many feared would contaminate organic feed used by dairy farmers; it was approved regardless.

Previously discovered pathogens in Monsanto’s Roundup Ready corn and soy are suspected of causing infertility in livestock and to impact the health of plants.

So, just how much of a victory is this for biotech companies like Monsanto? Critics are thus far alarmed by the very way in which the provision made it through Congress -- the rider was introduced anonymously as the larger bill progressed through the Senate Appropriations Committee. Now, groups like the Center for Food Safety are holding Senator Mikulski (D-MD), chairman of that committee, to task and lobbing accusations of a “backroom deal” with the biotech industry.

As the Washington Times points out, the provision’s success is viewed by many as a victory by companies like Syngenta Corp, Cargill, Monsanto and affiliated PACs that have donated $7.5 million to members of Congress since 2009, and $372,000 to members of the Senate Appropriations Committee.

It remains unclear whether the bill’s six-month expiration means that the provision will be short-lived. Regardless, Food Democracy Now has begun a campaign calling on US President Barack Obama to veto the Continuing Resolution spending bill, which seems unlikely as HR 933 includes a sweeping amount of government funding. http://rt.com/usa/monsanto-congress-silently-slips-830/
Posted by Freedom Grower at 5:59 PM No comments:

March 27, 2013 - Apparently, the Board of Supervisors (Terry Lamphier excepted) only wants to hear from constituents who agree with their policies. In a blatant attempt to intimidate opposition, eleven armed deputies were posted across the back wall and inside and outside the doors of the Supervisor's chambers when collective cannabis gardens came up for discussion. All twenty-seven items that preceded the Cultivation Ordinance were quickly dispatched without this unwarranted show of force, nor were armed officers present for the afternoon session.

That they wanted to muzzle public comment was apparent from the opening remarks made by County Counsel, Alison Barrat-Green. After reading the proposed amendments to the ordinance, she informed the public "only comments concerning collectives" would be entertained. However, this only applied to the opposition as the sole public supporter of the County's actions spoke about everything except collective gardens without reprimand from the Chair, Hank Weston.

These actions were a clear attempt to stifle the free speech of political opponents. It sent a chill throughout the roomful of citizens that had peaceably assembled to address their grievances with the Board. The one heated moment during the session occurred when a courageous citizen called out the Sheriff's Department for their aggressive behavior.

The Board was asked to amend the existing Cultivation Ordinance to acknowledge the right of patients to grow medicine together in a collective garden. Although the Board unanimously passed the amendments, they refused to allow additional space to grow medicine for each collective member even in remote rural areas.

Attorney Jeff Lake, representing Americans for Safe Access - Nevada County in their lawsuit against County's ordinance, wasn't allowed to include other improvements to the Cultivation Ordinance during his public comments. Supervisor Lamphier asked for a motion to require the County to enter mediation but was advised by Barrat-Green to "stick to the amendments before you."

The Board has rejected ASA-NC's request for mediation and have opted instead to wait for the CA Supreme Court decision in the City of Riverside v. The Inland Empire Patients Health & Wellness Collective. The Court's decision will determine whether local jurisdictions can ban dispensaries and/or cultivation rather than regulate the operation and location of these establishments. Their decision is expected by early May.

Americans for Safe Access has been conducting a phone survey to ascertain the level of support the Cultivation ordinance has in this County. The results have been so overwhelming against the Ordinance that we questioned the results even though we have used the same random sampling techniques and standards as those used by major polling organizations.

We decided to expand the survey by going into specific areas where we presume support for the County's Ordinance runs high as a counter balance to the phone survey. We do not advertise the locations of our field surveys as to not draw supporters from either camp. If you happen upon one of our survey takers, we hope that you will take a moment to state your opinions regardless of your position. In fact, we welcome those with opposing viewpoints as we want to be inclusive of the entire County's attitudes.

For me the issue is quite simple: cannabis has been shown to be a very effective treatment for a myriad of conditions. It is a fundamental human right to be able to use any medical treatment one chooses without interference from government bureaucrats. By placing Collective gardens in rural areas, most of the perceived nuisances can be eliminated. This would be a win for residential homeowners and a win for patients.

For more information about Americans for Safe Access, please visit our website at www.asa-nc.com.
Posted by Freedom Grower at 1:34 PM No comments: 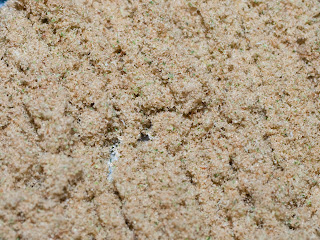 Posted by Freedom Grower at 9:28 PM No comments: